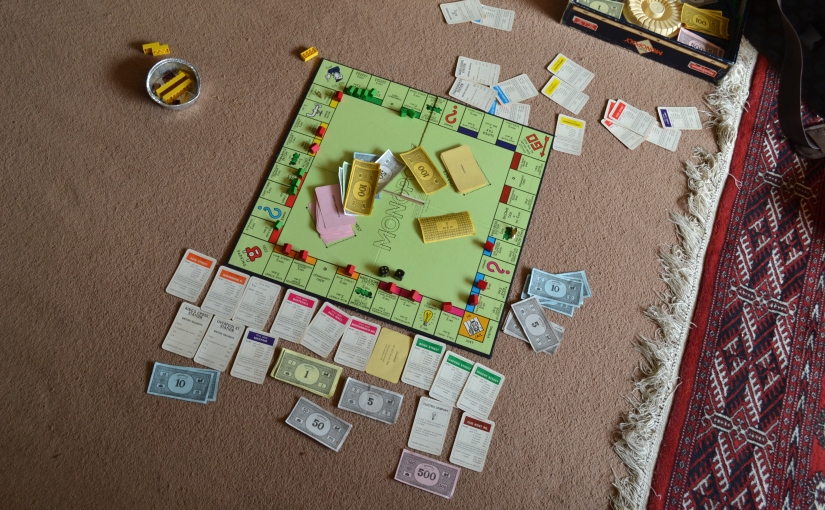 Growing up, screen time was important to me. I watched a lot of television; soaps, dramas, cartoons, and it was marvellous. I also had a distinct love of cinema from an early age, keeping all my movie tickets (I still do this now). I loved screen time. Then came the ZX Spectrum and Nintendo consoles, my life as a gamer manifested! This didn’t really change too much through my twenties, and with the arrival of somewhat cheaper (not after 6pm) internet, my screen time then included the internet too.

Then in my early thirties, I lived in a house that did not have good television signal, despite the boosters that were purchased and the aerial wiggling that was carried out. So the decision was made to abscond from the picture box. There was also no internet in this house either, which made screen time incredibly limited to the occasional film, or PC based game. This was a big change, but it felt to be an important one. I read more. I socialised more. I found myself spending more time cooking, playing board games, more time for lots of things that had previously not taken any precedence.

So for the last eight years of my life, I have existed without watching television. I spend a lot of time on the internet now so my guess would be that whatever time you have, you will invariably fill with something. But it’s people’s reactions to me not watching television that surprised me, I am generally asked what I do with all the free time that I must have. And then I started to wonder that if we perceive time as ‘free’ then what are our genuine thoughts on sitting in front of a screen?

When I first stopped watching TV, there was more time for other things, but as with anything, it came with its drawbacks. Gradually my evenings became less about the extra fun stuff and more about finishing domestic tasks. Many of my friends who watch TV seem to have a natural cut off point from being domestic – as soon as their first evening program starts. They sit down, with a cup of tea or a glass of wine, and their evening begins. The TV provides the permission to stop.  I can easily still be tending to washing or clearing the kitchen late into the evening; I don’t have that cut-off.

This has been a recent observation and something that I am going to change. I want more of the fun stuff.

Map Point. Where am I losing time?