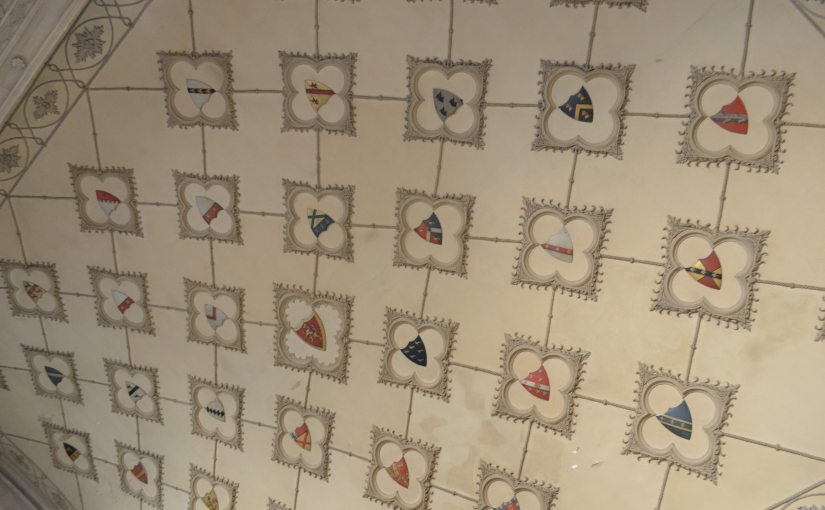 Today I was thinking about the first blogger that I ever met. His name is Joel and I met him on my return journey back to London. I had just spent a marvellous weekend in Manchester with my young one, it snowed! We had a marvellous time, the train back was pretty busy, but we managed to get seats at a table. So with young one armed with her tablet and happily engaged, I began, as I often do in these situations, people watching.

It was the man who was seated across the aisle who massively drew my attention. He had got on and sat in a two-person seat, on the aisle side, despite the rapidly filling train. He was wearing a trench coat and had rather a lot of facial hair. A young woman entered the carriage and asked if he could move so that she could sit down. She was courteous and polite. He was not. He huffed and puffed about, clearly, this was the most major inconvenience that life had ever offered him. He chose not to move over, instead, twisted his body into the aisle, so she had to squash past him to get to the window seat, all the while with him muttering to himself. It was so excessive that other people noticed his over reaction, including the chap in his twenties sitting opposite me.

Sometimes when something slightly odd happens it can be a little bit shocking, and this then accompanies a sort of incredulity, which can, on occasion, lead to laughter. But on a crowded train, with the somewhat strange person sitting less than a meter from me, I didn’t want to antagonise. So I grinned silently to myself. Then I happened to look up and connect eyes with the person opposite me. He was silently grinning too. This was not helpful.

We both knew precisely what we were grinning about and then we had to look away from each other, as what had at first been faintly amusing, was now becoming consuming. Funny is infectious. Now, maybe self-control could have been re-established if not for the crisps that the bearded chap began to eat. He flourished the crisp bag and ate with precision and flamboyance. When he had none left, he carefully tore open the crisp packet and licked the inside of the bag. He licked it. On a train. In public. Perhaps getting value for money was important to him. And possibly salt. But upon him licking the bag, eyes reconnected with chap opposite, laughter was clearly just below the surface, my insides were starting to hurt.

Then Mr Beard did something that I have never before seen another human being do. He carefully folded his crisp packet into one long piece, so it resembled a small ruler, then he positioned his face over the aisle and started flicking his beard with it. To dislodge the pieces of crisp that had taken up residence within (value for money obviously wasn’t as much of a priority as I thought that it was).  Deep breaths, deep breaths!

I was digging nails into my hands, looking out of the window, my whole body was shaking, and every time I looked up, chap opposite appeared to be in the same state. Not being able to laugh when I really want to is a world of pain. On the occasions when this does happen, it’s as if every cell in my body is utterly alive, entirely electrified, and keeping that all inside is pretty much near impossible.

The beard and his crisp packet left the train. And we both looked at each other and laughed hard. It was really amazing to make that sort of connection with a complete stranger. We then chatted for the rest of the journey home, exchanging stories and he told me about his blog.

Map Point. When was the last time I connected with someone?