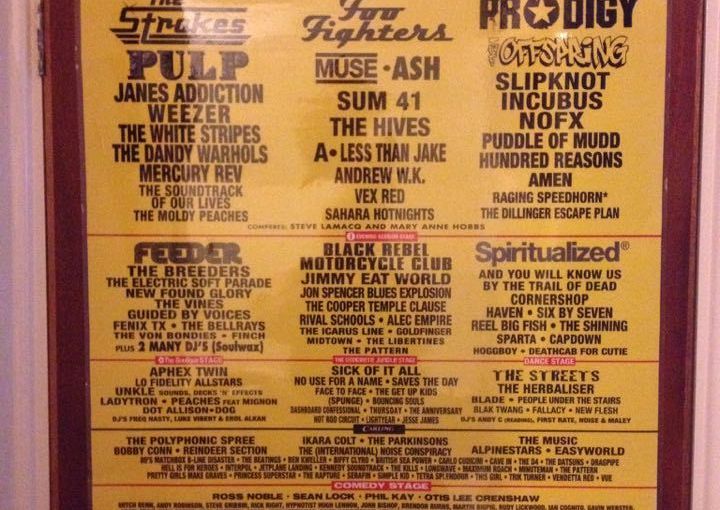 Music festivals are definitely one of my happy places. I have not been to one in years, but during my twenties, I went to a fair few, and they were so much fun. One year I went to Reading Festival with Kathryn. We were prepared. We had purchased a tent, which apparently is helpful, food, and other essential liquid provisions. We were packed and ready. My then boyfriend was driving us down with his friend (they were possibly going fishing for the weekend) so off we all set.

We had been in the car about five minutes when a reality struck. We had forgotten the eggs. This was not catastrophic, more eggs could be purchased. We could move on from this minor error. Another ten minutes down the road it transpired we had forgotten the tent. We had to go back for this one, it is allegedly a central tenet of the camping experience. And neither of us felt mad fussed about dying from exposure. So the journey continued uneventfully until we got to Reading, when the traffic started to move woefully slowly. It was a hot day. Eventually, we got out of the car and went to the place of festival, only to have to return to the car some minutes later as we had once again, forgotten the tent.

Likely the best thing that I packed for the trip was a bucket. This bucket proved king! It could be sat on, used as a makeshift table and also used to carry stuff. I seem to recall on the first day we walked into town and purchased new speakers for our little walkman so we could listen to cassette tapes of the bands that we loved when we were not seeing them on stage. We were all set up, we had the basics of festival camping – music, alcohol, food and shelter.

Two things stand out about the first night, the first was the marvellous game we played whilst engaging in the second thing that stood out massive absinthe consumption. The game involved us stretching out our guylines as long as possible (all the tents were closely packed, most people had not bothered with the luxury of pegging their temporary domicile to the ground) and waiting for drunk people to walk into them. They did, often, and will much profuse apology. I don’t believe we actually injured anyone, but after an hour or so, we upped pegs as we feared for the structural integrity of the tent.

I wish I could say that we saw more bands, but we utterly didn’t. Camping is hard and with effort, so we agreed that as long as we saw two bands each day, that would likely see us through. There are bands in the lineup that retrospectively became some of my favourite artists, but I never saw them at the festival, because as previously stated, camping is hard.

We did manage to wash our hair each day using only a bucket of water each (the bucket rocked hard!). Kathryn made some seriously inedible noodles topped with processed cheese (muchly poor choice) and I didn’t wander off and get lost too badly. And when we did make the effort to see some bands, we almost got to the front.

For those unfamiliar with making it to the front at a festival, it basically involves using all your body weight to manoeuvre forwards whilst simultaneously getting to know around eight people all at once, incredibly intimately. We watched the Foos. Dave Grohl is a festival legend. It was starting to rain, the floor was becoming a little muddy underfoot, and on the cool night air, we could see the steam rising from our squashed together bodies. And then Muse came on. And the jumping started.

If you didn’t jump you were at risk of falling over, if you did jump, slightly less risk, but still a strong possibility. People were falling down everywhere, and whilst people were helping them back up, me and Kathryn decided this might be a good time to exit the masses and return to the ‘oft left behind’ shelter. In this chaos, I lost a really good hoodie. When we finally downed camp, we found an abandoned supermarket trolley in which we put all of our stuff. This was a godsend on route to the station.

It was an incredible few days and one for me that transcended the simple act of going to a festival. I was going through the motions with my life, nothing new, everything just ticking along. Taking a step back from my ordinary, seeing my life with a fresh perspective was a definite start point of an ongoing adventure.

Map Point. What do I see when I look at my life from an outsiders perspective? 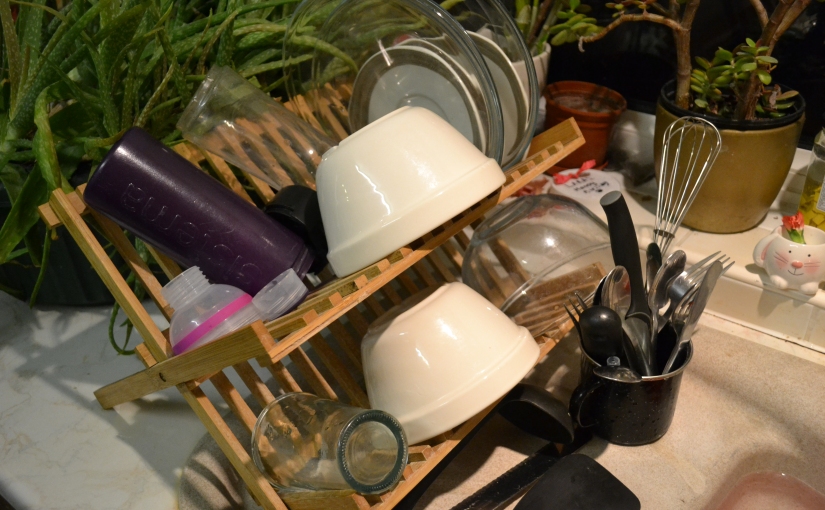 This evening it occurred to me that I was enjoying doing the washing up. Not enough enjoyment to warrant me doing everyone else’s washing up, but for my own, there was a contentment. I am quite sure that I have felt this before, but I have never particularly contemplated it.

The washing up was as plentiful and partially grim as it usually is. The evening sunset wasn’t blissfully streaming through my kitchen window. I had just eaten a delightfully ripe avocado bagel, but this is a usual occurrence (all food should be delighting!). Essentially, my environment was exactly the same as it usually was, so this required further ponder. Was this a change in myself, that I am learning to love mundane tasks as much as those I am deeply passionate about? Quite possibly yes, but then I considered another factor. Timing.

When I run furthest and with the most energy, it is first thing in the morning, usually before I eat breakfast. I love starting my day being outside, experiencing whatever the weather throws at me (the wind is pretty much the only weather that renders me indoors, staring forlornly at my running shoes). If I am going to do any serious cooking for the day after lunch is my preferred time, when I am full from lunch and can consider possibility without hunger becoming a motivation. Changing beds happens with speed and simplicity when carried out in the evening, and I find that I have the best focus for meditation at night. It isn’t that I can’t do these things at other times, I just very much prefer not to.

I remember reading about how camping regulated your circadian rhythms, natural light enabling better sleep. And in the mornings, you have lots of high energy tasks to do. In my case, these seem to involve crawling around on the floor looking for pots to eat out of, and then things to put in said pots, and rearranging the outside furniture for the day. Then it is more relaxed until after lunch when preparation for the evening meal begins. Then after tea, it is ablution and bed shaking (grass breeds in sleeping bags. This I know to be a truth), and then contemplation of the fire, obligatory marshmallows and sleep.

So back to the washing up. Maybe for me, evenings are my most natural time of day to clear up, without it feeling like a resentment. I like the idea of encompassing happiness into the ordinary.

Map Point. What time of the day am I most productive?