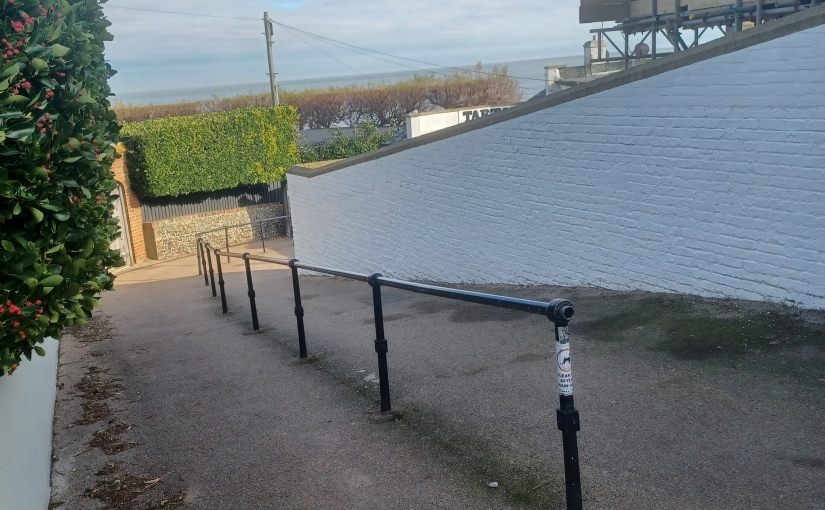 When I was around 20 I had possibly my worst autistic melt down on record. I have had meltdowns last longer, but in severity, we have a clear winner! Only at the time I didn’t know I was autistic, so, well that made it worse. And a few minutes ago I remembered it, and thought it might be time for a little processing.

I had planned to go to do some role play with a friend, and his friends. I hadn’t been in a few months, so was a bit nervous, but all geared up for the Saturday all day session. The day before I spoke to my friend, and I said what character I would be playing and he told me I couldn’t play that sort of character. I said I would find another, and I guess the phone call ended amicably enough, however, looking back with the knowledge I have now, that was the beginning of the meltdown.

I was in my family home alone, and I guess I started to cry almost immediately after the phone call ended, and I began to pace. Logical things no longer seemed logical, I was losing my ability to process. I pride myself on being an academic intelligent sort, and not being able to think clearly, with intense panic and anxiety spiking high, I was not in any sort of good place. This lasted for around two hours. I thought it would last forever.

I can honestly say that although I can forgive myself for the actions I then took, I will likely never fully forgive myself for taking them. In a spiral of grief, devastation, sobbing, in a space of absence of thought, I took some sleeping tablets. Some would be a quantity between 12 and 20. They were likely prescribed for me, it was a time of much medication.

This was the only thing I could irrationally do to remove myself from the head space. I had utterly no desire to die, I just needed not to feel so wretched.

As soon as I took them, practicality kicked in. I phoned a friend, she came over, ambulance was called, processes external to me were all in motion. Curiously the tablets did utterly nothing to me, the only issue was they were out of date, so the poisons unit had to be called. My boyfriend arrived, the hospital wanted to keep me in over night, but I declined, saying I was fine. As I was, utterly fine.

I couldn’t explain the devastating drop, but knew that it was over. I spoke to psychiatrists after who said I seemed perfectly happy. I was happy, barring low grade anxiety. I started taking antidepressants which didn’t seem to have any effect, and life continued much the same as before. But every so often, these inexplicable crashes would happen, and although I didn’t take any more extreme actions to change the flow of them, I had utterly no idea why.

I have had times where I have violently sobbed for days. Times when I have become uncharacteristically shouty for no logical reason. And even now, when it happens, never if, it is terrifying. However now I have a plan! When it begins I can recognise it. I usually cry, but now I know to phone someone stat. I use the code word ‘chicken nuggets’ with my best friend and he knows this is the code red. The reason this word was decided on I have no idea, but as am vegan, am guessing large amounts of irony was involved. I then issue instructions of ‘talk at me’ and he yabs on about his day. My mum, brother and one other friend are all amazing at this too. I need to reconnect with the world outside my head, and listening to someone describing the crackers they were currently eating, the issues at their work, or anything that is not remotely to do work me is a godsend. It let’s the cogs in my head wind down, reset. These people will always have my unending gratitude.

I have always felt that being friends with me must be really hard work. My anxiety is harder than bear average (not bear arms, they belong to bears) and sometimes a texture of material, a smell or a place will cause an unexpected reaction (also hyper sensory.. but that is a whole other thing!). And sometimes I won’t be able to process this. Then I need the help of others and this can be problematic.

I try to live a quiet life for the most part, but I also want to do things and see people. And new ups anxiety. Interestingly I was diagnosed with adhd last year, and the convergence of the two conditions I find sort of funny. Adhd leaves me incredibly unmotivated unless something is urgent, exciting or new, and asd trips anxiety hard on all these things. More irony.

Today I had a meltdown much like this one, but within minutes of recognising that it was happening, I was on the phone listening to my brother talk about his lunch time crackers. I am still exhausted after, and the exhaustion will last into tomorrow. My focus is shot, and my eyes will still leak, but the intensity of that terrible feeling has passed.

Sometimes I know exactly what has caused it. Other times, like today, I don’t. There was no specific trigger. Diagnosis has likely been one of the most important moments of my adult life.

Map Point: Can I accept that there are sometimes no reasons? 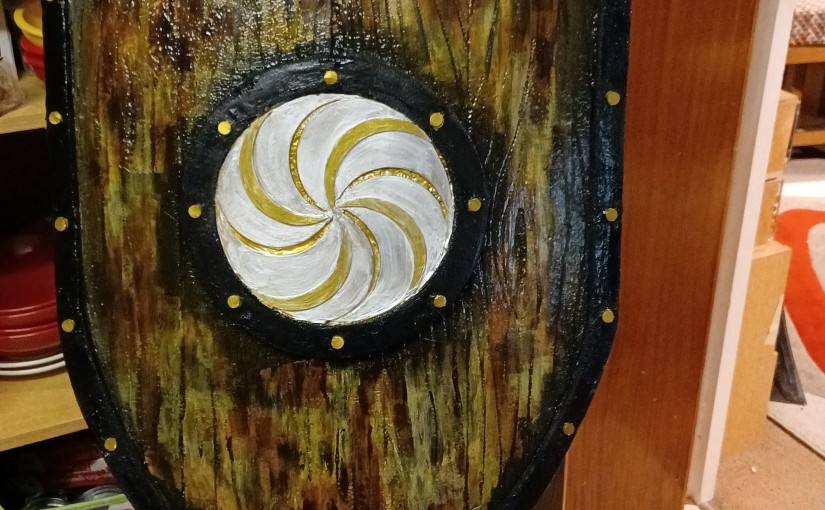 When I was 19, I stumbled on a hobby that was slightly more avant-garde than my usual hobbies of reading, playing guitar and watching the world drift by. It was live-action roleplay, or LARP as its acronym. I got dressed up in a costume, brandished a foam-covered stick and fully acclimatised to this new, violent, shouty alter ego that I had created. Also, this all happened underground, in a cave system. This was definitely not in my traditional comfort zone, but I seemed to fit in as well as anyone. I did this for a few years, then I stopped going. Relationships changed, confidence level changed and for a long time (like super long time) it was a precious, but increasingly distant memory. But although, sadly, the costumes are long gone. I kept the weaponary, possibly hoping that one day, I would return.

And by many twists of fate, some 27 years since I had first begun, I went back. So now I get up before the dawn, drive for an hour and a half and disappear into a cave all day. It is deeply strange going back to something that I was away from for so long. I find myself trying to overlay the parts of me that were 19 and the parts of me now, and often there feels to be no correlation. To say I feel detatched from the underground environment would be fair, to say it has started a process of wondering what has happened in the intervening time would be wholly more accurate.

Aged 19, I was in one of worst places that I have likely ever been with regard to my mental health. This is a retrospective comment, at the time, I was only just beginning to understand, I knew that things were not good, but I was still incredibly hopeful with a melodious naivety about the world that somehow seemed to cushion me. Now, at the glorious age of 46, I have resolved, poked, prodded, found a super long and pointy stick to contend with and understand my past. But with new understandings, it changes the shape of everything else, so I wouldn’t be as bold as to say that I understand myself fully, but I definitely can say that I like myself a whole lot better.

In the caves at 19, I got to be someone who I really loved. I would shout, run, haggle and be serene. I would make incredible costumes (back then, I think at least 50% of the costumes came from Ann Summers, but I was super thin, and I don’t think they were too revealing..) and I would buy exciting weapons to clonk people with. Now, I still make costumes, possibly the most exciting thing so far was a cloak that am reasonably convinced Jesus could have used as a picnic blanket to feed the five thousand. This cloak is now back in bits, as wearing something that weighed about as much as a seriously fat labrador is not on the cards long term. So to counter this, I have bought metal armour which would definitely give the seriously fat labrador a run for his.. no, seriously fat labradors are not about the high energy movement. But back to the costume! It is seriously heavy and I utterly love it.

This time round I have also begun making weapons. This has taken a massive toll on my house space, and my workroom now has to double as a kitchen. Priorities are important! Crafting was something that I had not done in such a long time either. Sometimes I find it difficult to motivate myself to do what I love if I cant see a direct purpose. People are now asking me for commissions, which is hugely validating. Sometimes it feels scary to be good at something, as if I am not allowed, and potentially I might need another stick to poke this too, to understand why my self worth takes these dips. However, in all likelihood, I will now take that stick, cover it in foam, paint it pretty and hit someone with it. Much better therapy.

When I go to the caves now, I am not the same person that I was. I am cautious, quiet and unsure of my place. I find myself looking at the walls of the tunnels, and feeling awed to be walking around inside such a structure. I see the people around me, that I dont know well, but are welcoming all the same, but I still feel a detachment. And maybe I am okay with all of this, I am no longer 19.

Map Point: Where can I be kinder?